Since early November 2019, Agile Therapeutics, Inc’s share price has seen a four-fold increase and daily trading volume has picked up significantly. We believe this to be rather suspicious, especially when considering other red flags, such as: serious dilution issues over the last year or so, a loan agreement with a “spiral of death” creditor, a loan facility with a well-known yet dubious institutional shareholder , and a CEO that has been involved with companies that have a had their fair share of legal problems.

AGRX describes itself as a “healthcare company dedicated to fulfilling the unmet health needs of today’s women.” The company was incorporated in December 1997 and its activities since inception have consisted principally of “raising capital and performing research and development, including development of the Company’s lead product candidate Twirla®, also known as AG200-15”. Twirla’s development and commercialisation has seen its ups and downs. In December 2017 the FDA cited “deficiencies related to the manufacturing process for Twirla and raising questions on the in vivo adhesion properties of Twirla and their potential relationship to the Company’s Phase 3 clinical trial results”. A lot of back and forth has taken place between AGRX and the FDA since then. But on February 14 2020, the FDA approved Twirla. This might lead one to think that AGRX is now on track to become a profitable business but as we shall see, there are a few reasons to be sceptical.

AGRX’s financials are not great to look at, with quarterly losses exceeding $4 million over the last four quarters. Then again, this is fairly standard for pharmaceutical companies that are yet to commercialise their products. However, in AGRX’s case, there is one salient trend that should give prospective investors a good reason for concern. This trend is a significant increase in the number of outstanding shares of common stock, which increased from around 34 million to close to 60 million between December 2018 and September 2019. A strong indication that the company is staying afloat at the expense of shareholder value.

One of the biggest red flags AGRX raises, pertains to its involvement with Hercules Capital LLC, with which it entered a loan and security agreement on February 2015 for the sum of $25 million.

This is not the first time Hercules Capital has been mentioned in one of our short reports. In our FCEL short report we detailed how a loan and security agreement between FCEL and Hercules led to obscene levels of dilution as the terms of the agreement resulted in Hercules syphoning a third of all the capital raised through FCEL’s at-the-market offerings over several months. See our FCEL short report for more details. We must also point out that FCEL share price has declined by nearly 20% since we published that report.

Furthermore, according to our Asgard database (a proprietary database and stock selection tool that identifies high-probability fraudulent/dubious companies based on several characteristics), Hercules has been involved with other suspect tickers, such as:

-Zosano Pharma (ZSAN). On June 25 2015, ZSAN entered a $15 million loan and security agreement with Hercules (1). ZSAN’s share price at the time was $150. It then went on to experience a very volatile decline and curently stands below $2.

-Genocea Biosciences (GNCA). On November 21 2014, GNCA entered into a term loan facility of up to $27 million with Hercules (2). GNCA’s share price stood around $70. Then it went on a very volatile journey during the following years but it now stands under $3.

-Axovant Gene Therapies (AXGT). On February 2 2017, AXGT entered a $55 million loan and security agreement with Hercules. (3) . AXGT’s share price at the time stood around $100. It went on breach the $200 mark on the same year but it currently stands below $6.

It is thus safe to say that Hercules Capital could be called a “Spiral of Death” creditor. Another curious fact about Hercules Capital is that its founder and former CEO, Manuel Henriquez, plead guilty to charges brough upon him as a result of his involvement in the US college admissions scandal. He paid a $400,000 bride to get his oldest daughter gain acceptance to Georgetown University (4). It thus appears that Hercules’ former central figure is willing to not “play by the book”.

Anyone keeping up with recent AGRX’s news should now about the $35 million loan credit facility that it entered with Perceptive Advisors. Perceptive Advisors is one of the most notable Biotechnology fuds out there. However, we believe that its involvement is not necessarily a good thing.

In October 2009, Perceptive Advisors was subject to an SEC order instituting administrative cease and desist proceedings (5). The lawsuit claimed that “Perceptive violated Rule 105 of Regulation M with respect to five repeat securities offerings.  In each case, Perceptive sold securities short within five business days before the pricing of the offering, and then covered the short position, in whole or in part, with shares purchased in the offering.  As a result, Perceptive obtained unlawful profits of $245,902.34.” Perceptive ended up settling out of court without admitting or denying any of the allegations (6).

Mr. Altomari was also a part of Auxilium Pharmaceuticals between December 2005 and June 2012. Auxilium was also subject to a lawsuit about its product “Testim”, due to the serious side effects such as heart attacks, strokes or blood clots called pulmonary embolism and deep vein thrombosis (9). The lawsuit ended up being settled for the sum of $192.7 million (10). 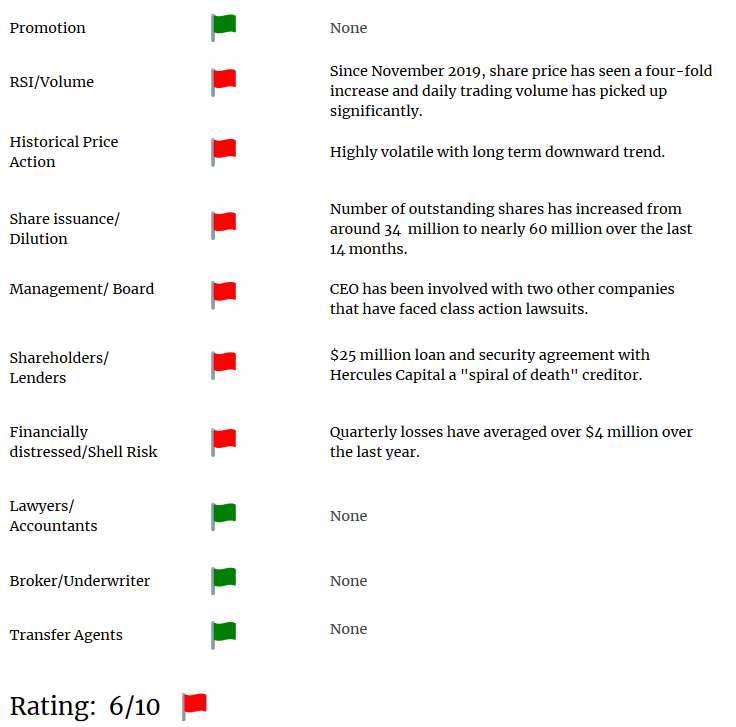