Once again, we bring to your attention a ticker that has exhibited the usual behaviour that makes us warry. TRIL’s share price saw a near 100% increase yesterday with RSI (14) exceeding 85 and volume reaching record levels by a significant margin. We will thus be taking a look at some of the red flags the company rises in order to offer a more bearish perspective.

The company was first incorporated on March 31, 2004 as Neurogenesis Biotech Corp. It later went on the be known as Stem Cell Therapeutics (which is kind of a red flag when one considers the amount of unwarranted hype this type of companies have been subject to over the last few years). On June 1, 2014 it changed its name to Trilium Therapeutics as a result of an amalgamation with a subsidiary. TRIL now describes itself as “a clinical stage immuno-oncology company developing innovative therapies for the treatment of cancer”.

The company’s lead product candidate is TTTI-621, which it claims has the ability to destroy tumour cells by targeting a molecule that allow tumours to evade the immune system. The company’s website states that it is “now employing over 50 staff”, however this appears to contradict information on an 8K form filed on October 22, 2019 claiming that due to a corporate restructuring program “staff will be reduced by 40%, from 43 to 26 active employees” (1). The reason for this discrepancy is unclear, what is clear is that TRIL has seen better days.

A brief look at TRIL’s quarterly filings over the last six quarters will show a company whose financial situation has taken a turn for the worse. While the company has kept liabilities under control, it is clear that is has resorted to share issuance. Consequently there has been a  significant increase in the number outstanding shares. It has gone from under 14 million at the end of Q2 2018 to over 28 million at the end of Q3 2019. This significant amount of dilution has been largely the result of the 75% drop in value TRIL’s shares experienced through-out 2018. Which in turn has forced the company to issue a lot more shares in order to obtain the necessary cash to finance its operations.

As a result, TRIL to be caught up in a dilutive spiral from which it is unlikely to emerge. |Unless the action mechanism of its lead drug candidate shows greater effectiveness in clinical trials as it currently generating little revenue a fact that is clearly stated in its unaudited SEDAR Q3 2019 financial filing (2):

Despite this fact certain institutional investors have stepped in and provided TRIL with the necessary finance to push forward. We will now be taking a look at these investors as it might give us an idea of what cards the future holds for the company. 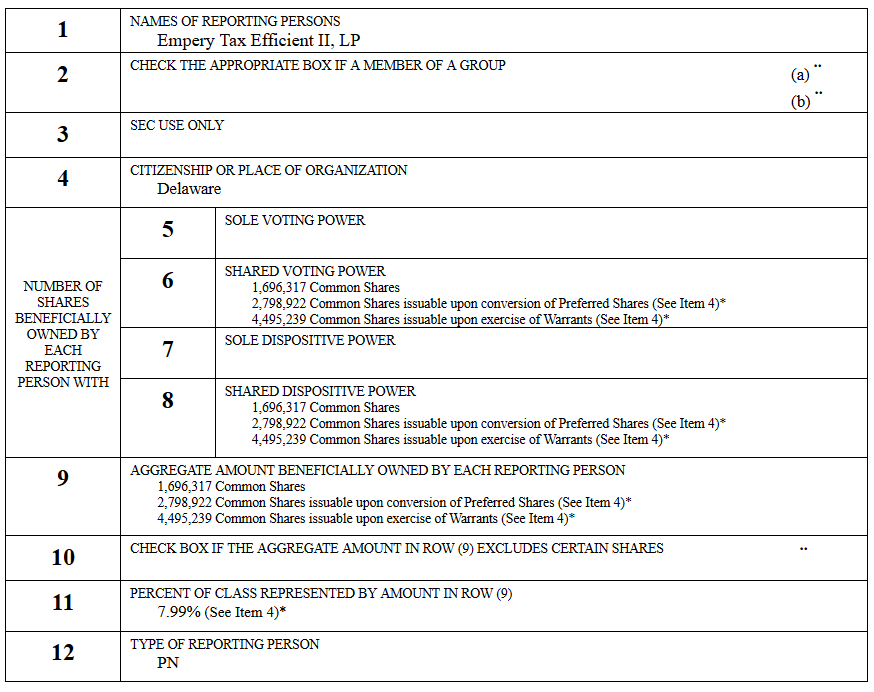 Next up we have got Empery Asset Management. This fund is a well-established player in the realm of micro/small cap companies. According to our Asgard database (a proprietary database and stock selection tool that identifies high-probability fraudulent/dubious companies based on several characteristics), Empery has been involved with other suspect tickers, such as BPTH, TRNX, DMPI, IMRN and XBIO among others. A quick look at the historical price action of these tickers will show the same trend; a very extended downward trend characterised by “spikes in volatility” that often times coincide with share offerings promptly followed by a schedule 13G filing showing Empery as shareholder.

TRIL is no exception. Empery became a shareholders on February 22 2019, purchasing shares through the offering that took place on this day (3). Subsequently, it acquired very cheap shares due to the negative impact the offering pricing announcement had on the share price. Furthermore, Empery is the only institutional shareholder currently holding a large amount of convertible preferred shares and warrants (over 7 million). Consequently, it is possible that Empery exercised them and thus contributed to TRIL recent dilution. 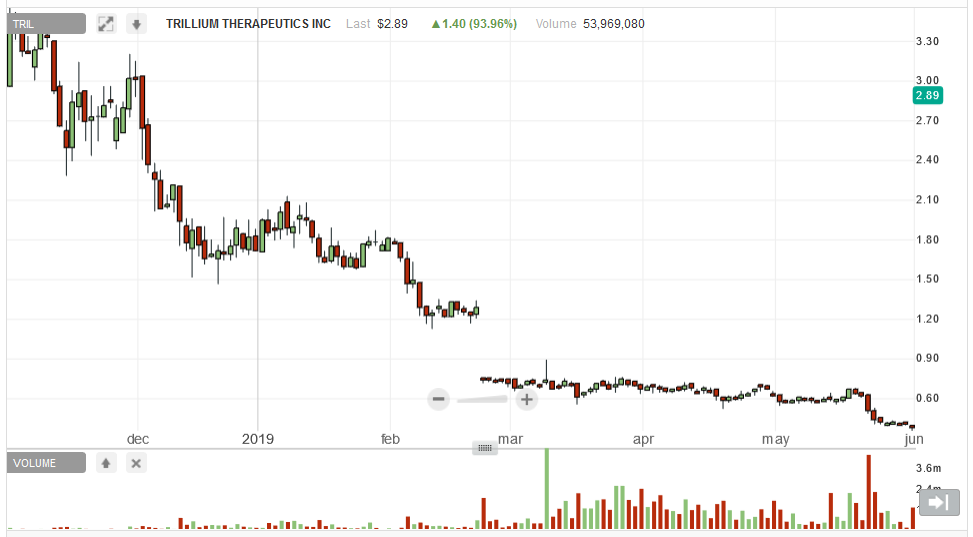 Given the long-term share price performance of Empery’s previous investments we are highly sceptical that this will turn out any different. Finally, below are a couple of other ticker’s price action and the time when Empery became a shareholder in order to illustrate the point, namely TRNX and DMPI: 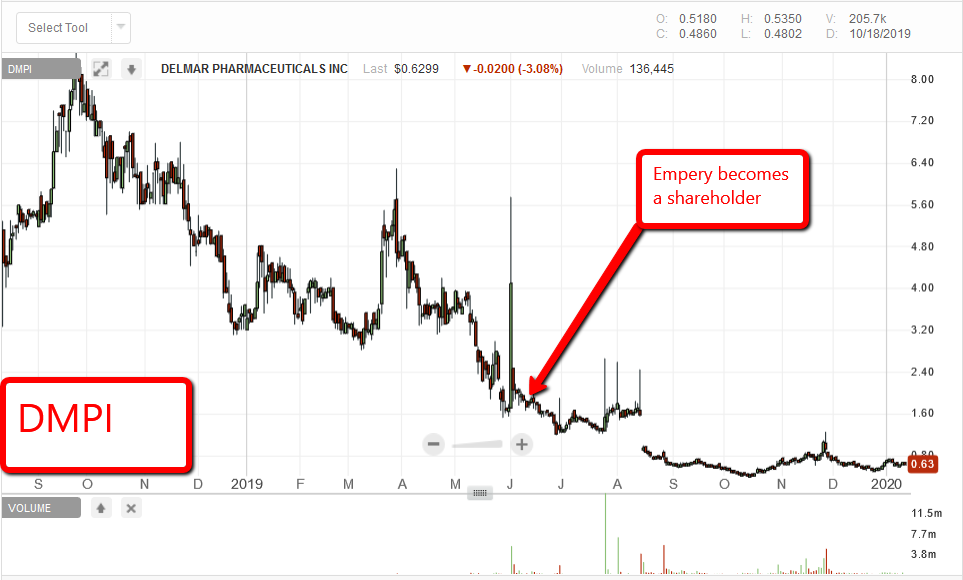 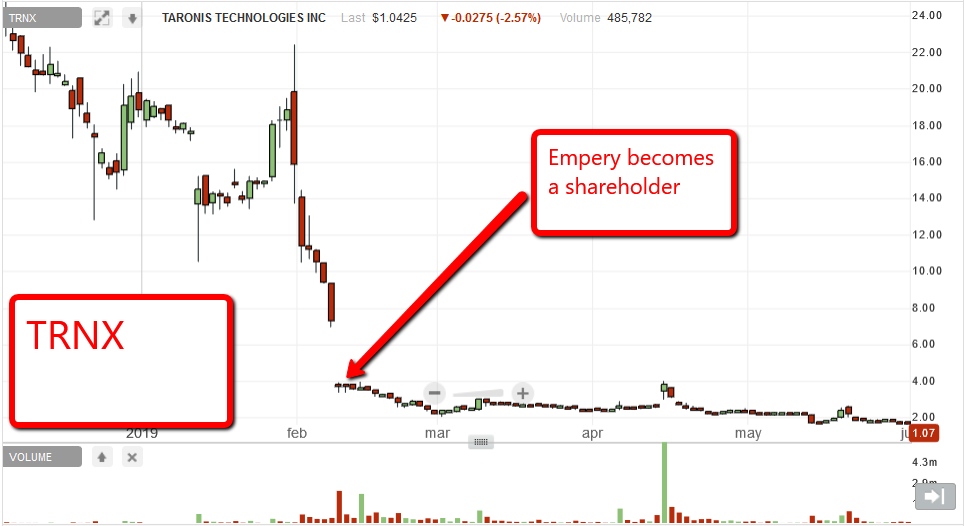 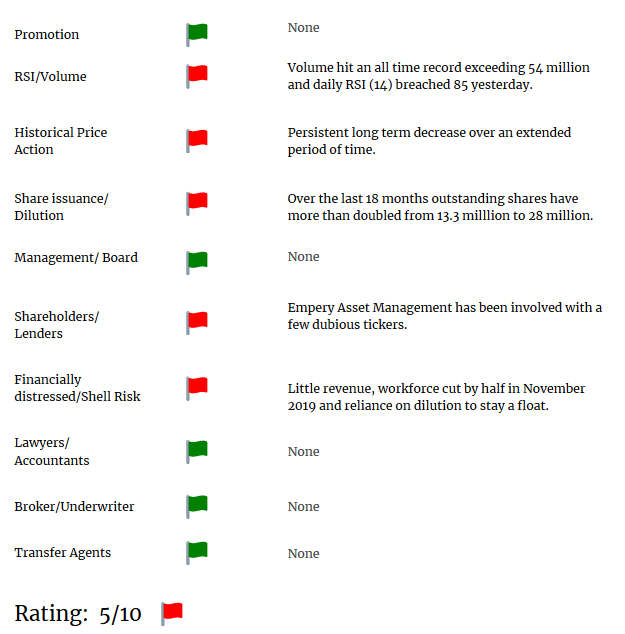 In conclusion, TRIL does not look like a good investment. The combination of a recent corporate restructuring that halved the workforce along with significant dilution and the involvement of suspicious institutional shareholders over the last year, is (in our opinion) a strong indication that things are likely to get worse before they get better. We thus advise investors to stay away from this company and advise traders to tread very carefully unless they have experience with this type of tickers.