A Nevada corporation, SMPP states its business model consists of acquiring farms for the purpose of producing hemp to be used in a range of cannabis products including CBD oil, creams, lotions and other products. Like other cannabis pink sheet tickers, SMPP has been recently promoted according to otcmarkets.com and has seen a 300% price increase between early June and mid-July 2019.

A quick look at their financials presented in their latest quarterly report OTC disclosure statement (they are yet to file SEC forms), shows that they did not generate any income during the first quarter of the year (1). Furthermore, it appears all of its $1,200,000 worth of assets were acquired through an inventory purchase in April 2019 (2) 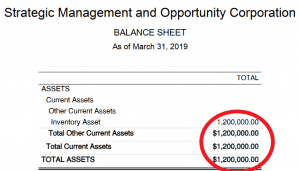 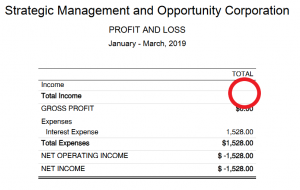 But this is not the most peculiar findings in this report. Mr. Randall Lanham is their securities counsel. Mr. Lanham, a California based lawyer, has been involved with more than one stock with a colourful history, including United Consortium Ltd (UCSO) and Lions Gate Investment Ltd in the past (3). He was also involved with Caribbean Pacific back in 2012, which ran into trouble with the Department of Justice in 2012 (4). Caribbean Pacific’s owner, Mr. William J. Reilly is a disbarred lawyer because of his involvement in penny stock fraud.

More importantly, their CEO, Mr. Peter Zompa owns 82% of SMPP’s common stock. Mr. Zompa is no stranger to companies with a colourful past either. He prepared some of the financial statements for China Intelligence Information Systems, Inc. (IICN) (6), a penny stock with links to H Wayne Hayes Jr., a rather infamous individual who has been subject to a permanent injunction by the SEC (5) as well as being criminally indicted for an oil and gas investment scheme (7).

And last but not least, SMPP themselves where subject to a SEC complaint which accused them of “Pump and dump market manipulation” back in February 2008 (8).