This report was first published and distributed to our premium service members on October 30th 2019. For more details please click here. 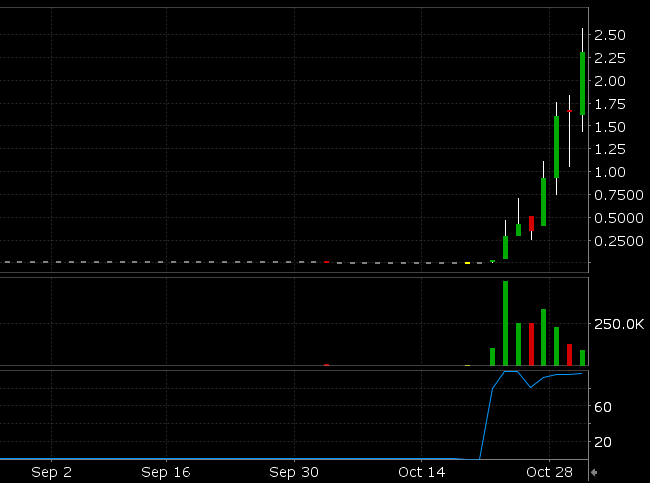 QALB’s recent and sudden price and volume spikes have drawn our attention. Over the last seven trading days its price has increased by 3,000% and its volume has gone from virtually non-existent to exceeding the 300,000 mark. This is baffling, especially if one bares in mind that no news or press releases relating to the company have been issued recently. Below we present our findings on QALB and point out the red flags we have become aware of.

Security Details: (at time of original publishing on Oct 30th 2019)

QALB states in its most recent OTC disclosure quarterly report that it is “a renewable energy and exploration company that is currently attempting to acquire smaller geothermal power generation opportunities with a general focus on the Caribbean and a specific focus in Saint Lucia”. It is also claimed that Saint Lucia Electricity Services Ltd. (Lulec), the monopoly energy production company of Saint Lucia, will be the purchaser of all energy generated by QALB.

The company became publicly traded in 1996 under the name UC’NWIN systems (a software producer)> It has changed its name on five occasions since, with its share price remaining at or below $0.20 since late 2012. QALB has not produced any SEC filings since 2005, so very little is known about it besides the information presented on its OTC disclosure reports, all of which were published on otcmarkets.com on October 10th of this year. This is all very suspect.

As QALB has not filed any SEC yearly or quarterly reports in over a decade. Therefore, all of the information presented in the above table is taken from OTC disclosure reports, which are not very reliable. Despite this fact, a quick look at the company’s finances makes it fairly clear that it is a shell. Its assets since the end of 2017 amount to $150 in cash, with liabilities increasing by almost the same amount of the accumulation of losses as no revenue whatsoever has been generated during this time period.

The company’s paltry financial performance (or should we say lack thereof) in conjunction with an absence of news relating to its operations, make its recent drastic share price increase seem completely unfounded. We can’t help but suspect that foul play is at hand. In order to confirm this suspicion, we took a closer look at some of the people involved with QALB.

Little information exists about QALB’s current directors, John D. Kuykendall and George M. “Rock” Rutherford. But we were able to establish links between them and another now defunct publicly traded company known as AGR Stone and Tools in which they also held directorial positions as early as 2010 (1). Not much information about AGR Stone and Tools exists today but according to an administrative proceeding document filed by the Securities Exchange Commission, AGR Stone and Tools was deemed as delinquent in their reporting of periodic filings (2). Whether Mr. Kuykendall or Mr. Rutherford were directors at the time of this administrative proceeding is unclear but it does make one question whether these two individuals have ever taken their managerial responsibilities concerning financial reporting seriously. 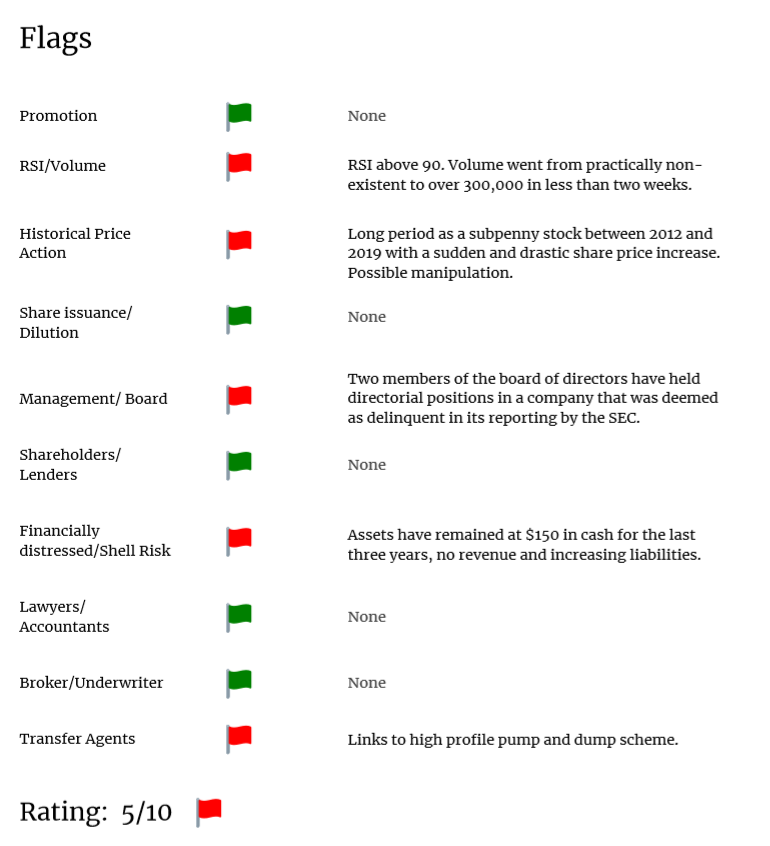 QALB fits the description of a shell, as shown by its financials over the last three years. Furthermore, it appears that its directors don’t have a track record of success as shown by their links to a now defunct company that was deemed delinquent in its reporting by the SEC in 2014. And last but not least, its transfer agent played a role in a high-profile pump and dump scheme by enabling the sale of unregistered shares.

We thus advise longs to stay away from it and see a high likelihood of profits being made through short selling, provided the right conditions are met over the coming days.

Next article GRN Holdings Corp. (Pink: GRNF) formerly (Pink: DCGD), One of the greatest pump and dumps of our time?