Over the last two days COCP’s share price has a seen a near four-fold increase, daily trading volume has been substantially above the 30-day daily average and daily RSI (14) has been above 80. Like many other recent and dubious biotech tickers, COCP’s current price run can be attributed to news relating to the latest Coronavirus, as the company announced yesterday that it has in place a license agreement with Kansas State University research foundation for Norovirus and Coronavirus antiviral compounds. As usual, we looked into it and found some red flags that we would like to share with our readers. Flags include: poor financials, a very dubious shareholder and serious issues with the SEC as a result of securities laws violations related to “pump and dump” offenses.

At a quick glance COCP’s financials do not seem too bad. Total liabilities have significantly decreased over the last two years from more than $16 million to less than $3 million. Cash in hand is has been more than sufficient to cover quarterly losses… excluding the significant losses it incurred in Q4 2018, which were the result of an impairment charge relating to in-process research and development expenses. Dilution is also under relative control… despite the number of outstanding shares increasing by more than 25% over the last two years.

However, it is clear that the company needs money as demonstrated by a January 31 offering filing for the sale of up to 3,492,063 shares of common stock at a purchase price of $0.63 per share.

But given COCP’s turbulent past and the dubious third parties involved; financials will be low on prospective investors’ list of concerns.

Heavy involvement of an alleged pump and dump ring member: 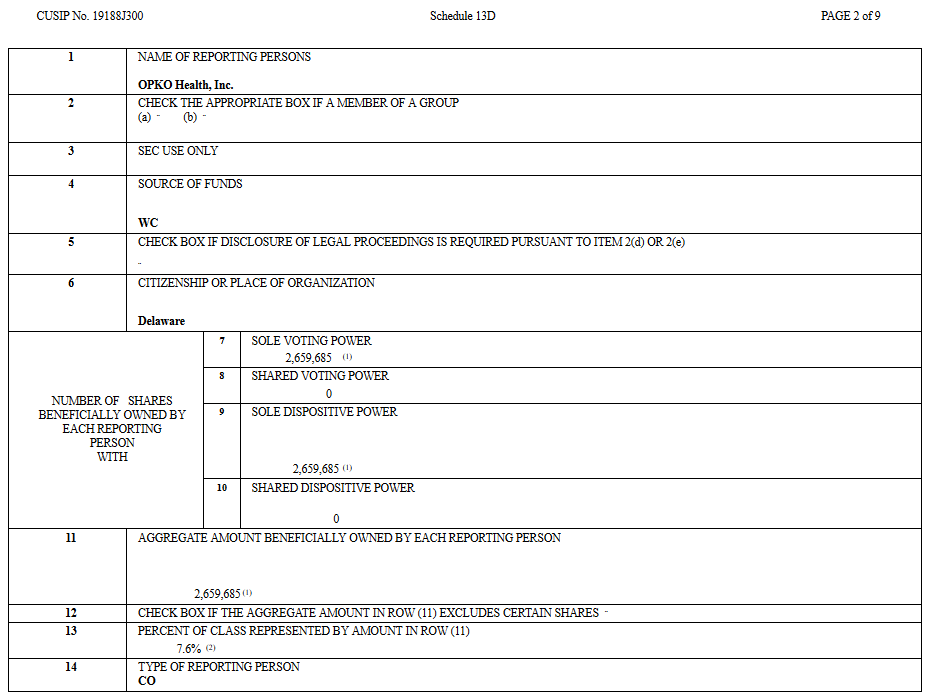 Mr. Frost has been involved with COCP for a long time, stretching back to 2013, when the company went by the name of Biozone Pharmaceuticals (prior to being acquired through a reverse merger by Cocrystal Pharma, at them time a private company). According to the SEC a consortium Frost was part of controlled nearly three-quarters of the company, a fact that wasn’t disclosed in its annual report to the SEC. Furthermore, this consortium (allegedly) went to promote BioZone’s shares which resulted in its stock price increasing from about $0.48 in August to a high of $0.97 on Oct. 17 of that year. All told, the group sold their shares for about $9.26 million. Mr. Frost ended up settling these charges (and others related to another scheme) for the sum of $5.5 million without admitting or denying the SEC allegations (2). 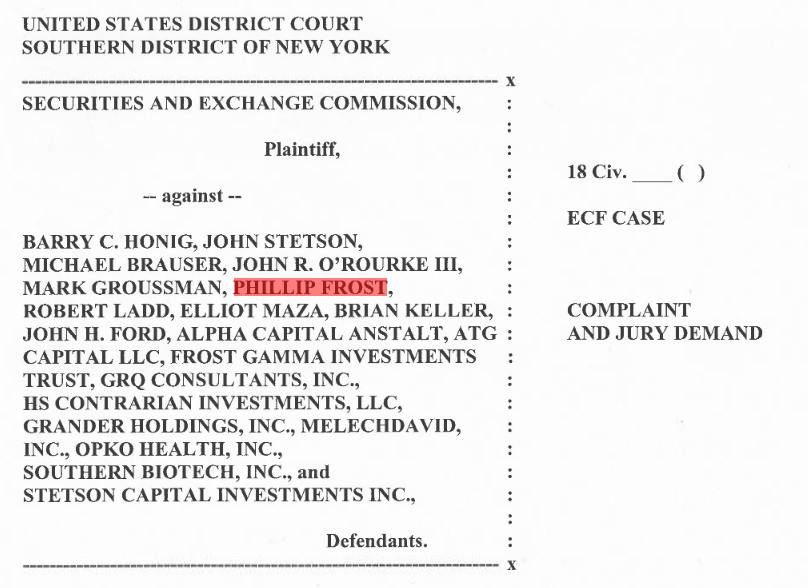 It is thus clear that an “alleged” pump and dump ring member who has settled charges with the SEC in exchange for millions of dollars, is still involved and holds a sizeable stake in the company.

We must also point out that it appears that Mr. Frost has continued to violate securities laws due to his participation in “long running schemes that generated over $27 million from unlawful stock sales and caused significant harm to retail investors who were left holding virtually worthless stock” which resulted in him facing serious securities violation charges by the SEC, according to a 2018 SEC litigation document . ( 3 )

COCP does not rise as many red flags as some of our previous reports but the ones raised relate to such egregious securities law violations that one has to wonder why the SEC has not stepped-in in light of the recent and drastic price increase its shares have seen. COCP is an awful investment. Stay away form this ticker unless you are an experienced trader.