DCGD is less than meets the eye. As their last 10Q shows they hold $25 in cash, operating loss stands at $26,779, total current liabilities amount to $171,107, accumulated deficit stands at $8,603,892 and revenue was non-existent (1). Put mildly, DCGD’s financials are not great and unless there is a drastic turn around in the way the business has been run recently, the financials are unlikely to improve. Things don’t seem to have improved when looking at their latest 10K, which shows no assets, no revenue, liabilities amounting to $214,286, a net loss of $125,264 and an accumulated deficit of $8,647,096 (2). 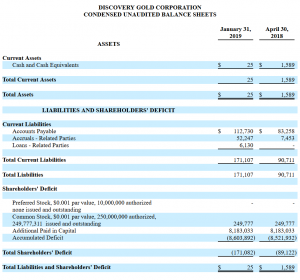 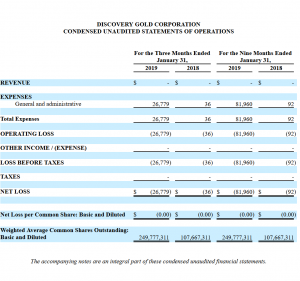 A shell no doubt, which makes its recent 10,000% share price increase in the last 30 days quite surprising. The reason touted for a price increase of such magnitude is GRN Funds’ acquisition of a majority stake in the company (55.65%) on June this year when they purchased 139 million shares for the sum of $300,000, at a price of $0.0021 per share (3). It is being claimed that GRN funds and DCGD will carry out a reverse merger where where the former’s assets will be transferred into the latter. The head of GRN Funds and DCGD’s new CEO seems like a rather prolific entrepreneur as there are over 20 companies (mostly cannabis ones) with which he is involved in Washington state (4) so maybe he could be the man to put this ailing company on track to profits and growth. They claim to manage over $1 billion worth of funds so one would assume this to be the case.

Coincidentally, DCGD’s shares are being featured on the website pennystocks.com (5). Their disclaimer states that they are paid advertisers and are subject to conflicts of interest due to them being compensated to publish only positive articles for clients (6).  Although DCGD is not listed in the pennytstocks.com disclaimer client list and thus not paying for promotional services on the website, it is nonetheless puzzling that the stock is being featured on a website that is in the business of paid promotion. 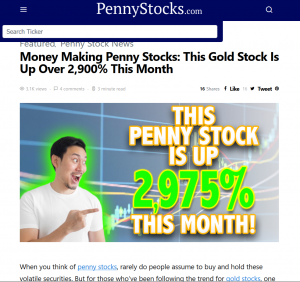 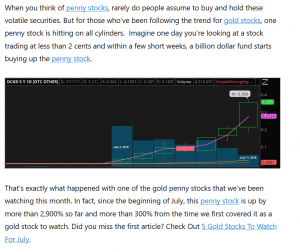 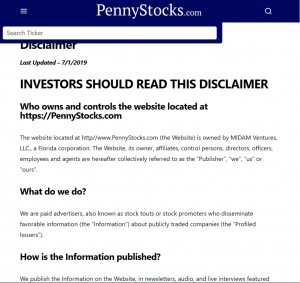 In light of the evidence so far it would seem reasonable to be suspicious about DCGD’s recent share price increase until more information the reverse merger is revealed. In the second part of this report we delve deeper and take take a closer look at GNR Funds’ business ventures.